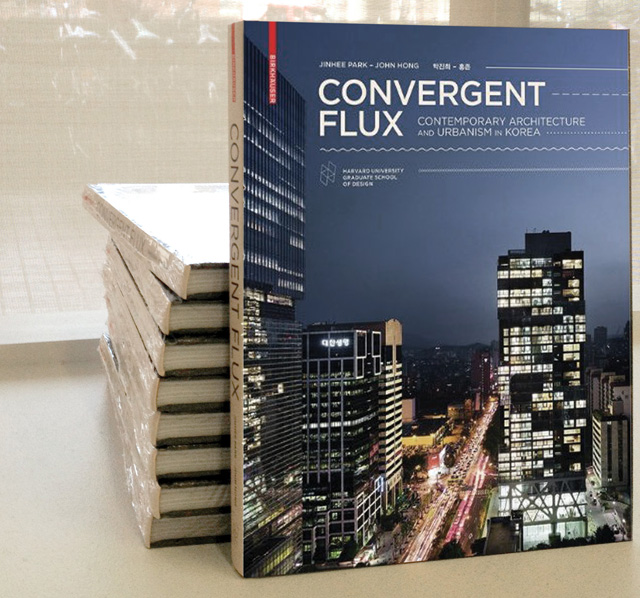 In this era of intensifying transnational cultural flows, too often there is still an implied hierarchy: The power centers of information are still North American and European media outlets, especially in the realm of design. The culture of ancient Asia, including that of Korea, has been anthologized in textbooks and film, but what of the immense progress seen in recent decades?

Perhaps it is necessary to look toward new models of evaluating contemporary design within an international context. In extending Walter Benjamin’s ruminations on the cultural significance of translation within language to include the language of design, we can see clear parallels between the materiality and form of Korean architecture and the global context of contemporary architecture and urbanism. In the Benjaminian mode of thinking, current architecture in recently evolved cultural centers like Korea should be released from the shadow of some “original” version so that it is horizontally, not hierarchically, related to other contemporary examples. And if we look deeper, we can see that the translation of an idea in effect cancels the “originality” of the original: The once-canonical aspect of the original is unfrozen, given a new mobility, while being revealed as essentially unstable in its ability to be transformed.

Our broad hope is that this book fuels such an international and reciprocating discussion of Korean design—not as a lesser offshoot of some larger international design trajectory but as innovative work in and of itself, with equivalent significance to other contemporary examples. Although the work represented in these pages has benefited from a powerful influx of ideas, the flow of design information is still mainly outside-in, terminating within the small Korean peninsula instead of feeding back into the stream of international discourse. Beyond short articles, to this day there is a lack of significant representation of Korean design from international sources despite the intense recent evolution of the work. The exhibition that we curated in 2010 at the Harvard University Graduate School of Design, which provided the conceptual foundation for this volume, was the first cross-disciplinary exhibition on the subject staged in the United States. This surprising debut points to the lack of larger parallel discussions in which an understanding of Korean design could help expand contemporary notions of materiality, history, typology, and density as they affect our cities and landscapes.

As the current economic situation has cooled construction everywhere, dampening also the intensity of development in Korea, it is now time to pause and ask the existential question:  What have we built? It is our hope that this book can position this query to bring momentum to a continual learning process: What has incubated in Korea should now begin to influence the larger realm of international design culture, while internally the exposure this volume can bring can recontextualize the work within a larger international forum. 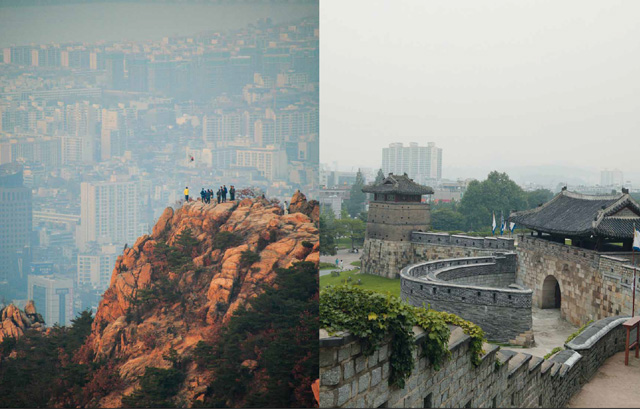 The book begins with a photo essay by Choi Seungho to give context to the factors that effect contemporary Korean design. 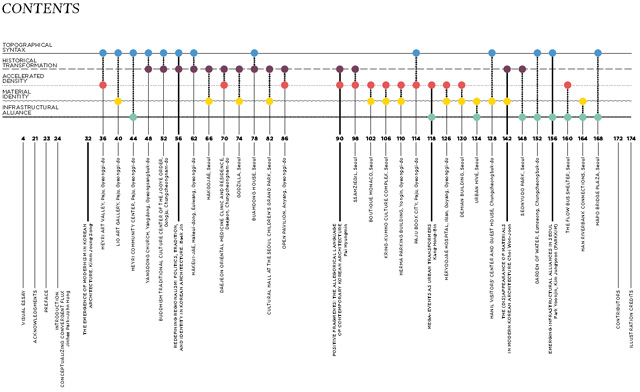 The book, like the exhibit that preceded it, is organized around 5 salient themes: Topographical Syntax, Historical Transformation, Accelerated Density, Material Identity, and Infrastructural Alliance. 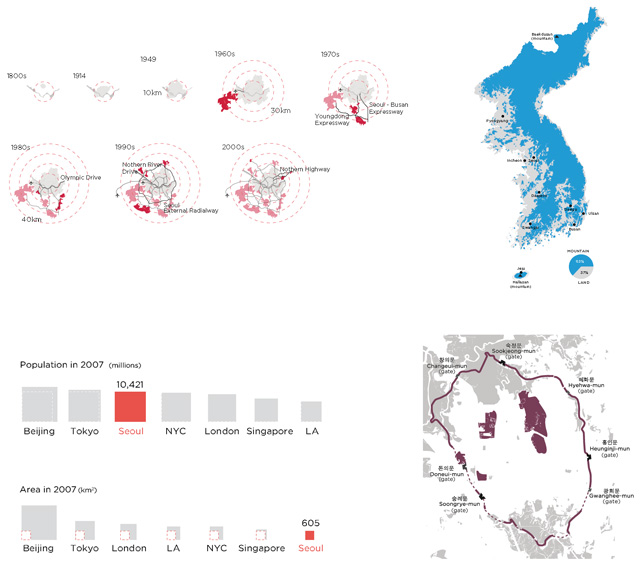 A series of diagrams give depth to korea’s dramatic transformation of the last half century.

Projects are organized around the convergence of two themes: Seung H-Sang’s Buddhism Culture Center reflects the synthesis of Topographical Syntax and Historical Transformation

Amidst the projects, essays by some of the most important contemporary theorists and historians of Korean Architecture and Urbanism bring greater depth to the five themes. Writers include: Kimm Joung Song, Baek Jin, Pai Hyungmin, Kang Hong-Bin, Cho Won-Joon, and Park Yoonjin / Kim Jungyoon.