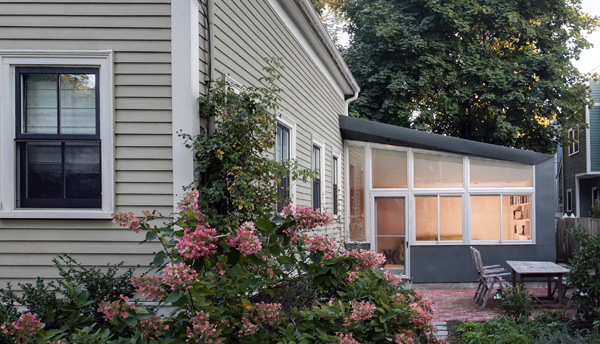 The Hidden Fortune House is a a 350 square foot addition to an existing historic residence. The project’s dimunitive size is deceptive: Placed between the interior collective areas of the existing house and the exterior garden, it is conceived of as not an autonomous object, but as an extended frame that forms new spatial connections and continuities. Its folded shape (which we likened to a fortune cookie) negotiates the goal of creating a light and lofty space with the reality of restrictive zoning processes. Our first foray into the use of prefabricated SIP panels, we attempted to go beyond the limitations of the prefabricated ‘box’ to create more nuanced geometry that extends views, shades afternoon sun, and mediates scale differences.