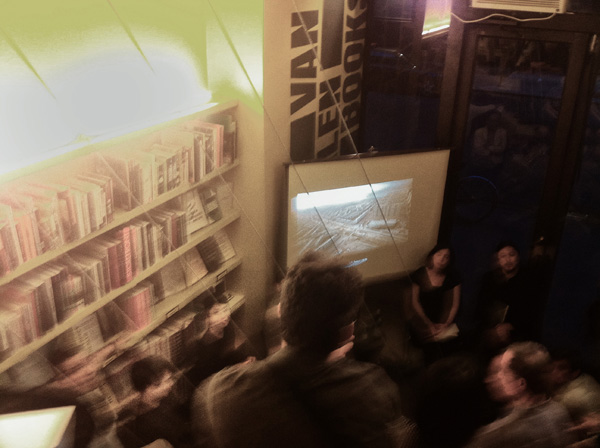 Each panelist took on the interrelationship between several themes: Jini started off by speaking about how infrastructural alliances and historical transformations disrupted the physical and psychic notions of urban space in Korea. Andrei presented the themes of historical transformation and accelerated density using the example of Shanghai's creative industry clusters as an alternative to wholesale tabula rasa urban renewal. Samuel looked at ideas of material identity and  topographical syntax drawing Deleuzian 'lines of flight' that connected and contrasted cultural conceptions of territory in Korean, Japanese, and Chinese contemporary cinema. Jinhee and John's moderation brought into focus Jini's ideas of power relationships covered in her book:  How the transplanting of culture from colony to colonizer enables new understandings of both domestic and metropolitan space.

The evening ended with questions from the audience: Harvard GSD student Gabe Tomasulo asked the pointed question of whether some of these new conditions of the Asian City, which at first glance are seen as 'negative' or compromised from the Western gaze, can actually instead become new points of design inquiry. Jinhee answered that in fact there are current examples in Korea where architects are using the extreme density and typological contortions that density creates as launching points for new forms of social space.  [photo courtesy Mark Pomarico]