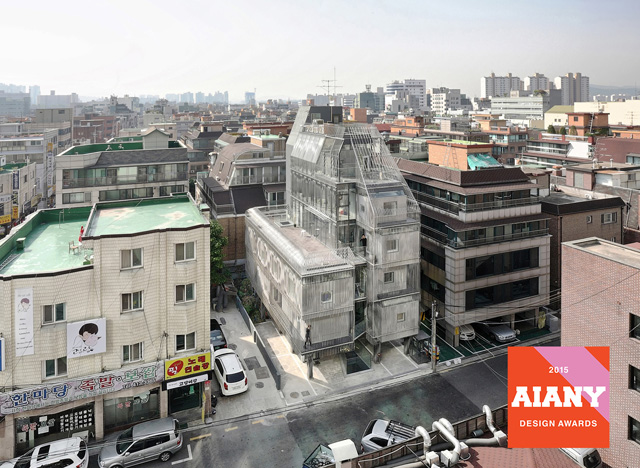 We are pleased to announce that Songpa Micro-Housing has not only won an Honor Award from AIA New York’s Design Awards Program but has also received its ‘Best in Competition’ Award! On March 9th, a panel of seven architects, landscape architects, educators, critics and planners announced the 35 awards conferred in this year’s program. Out of the 390 submitted projects, SsD took home Best in Competition for Songpa Micro Housing in Seoul, South Korea.

In fact, this has been a very good year for receiving recognition far and wide for a new urban typology that we are passionate about developing further. We are privileged to have won two additional AIA awards: An Honorable Mention from AIA New England, and an Honor Award Citation from the Boston Society of Architects.

Finally if you are follow the news on Architizer, please cast a vote in favor of Songpa Micro Housing as it is a finalist in the illustrious Architizer A+ Awards!